“Poor Unfortunate Souls” is a song from the Walt Disney Pictures animated film The Little Mermaid, one of Disney’s most popular musicals. “Poor Unfortunate Souls” lyrics were written by Howard Ashman and Alan Menken. Performed by Pat Carroll, it is sung to Ariel by Ursula. Ursula uses it to seduce Ariel into trading her voice for the chance to temporarily become human and be with Prince Eric.

[URSULA, spoken]
The only way to get what you want is to become a human yourself.

[ARIEL, spoken]
Can you do that?

[URSULA, spoken]
My dear, sweet child. That’s what I do. It’s what I live for. To help unfortunate merfolk, like yourself. Poor souls with no one else to turn to.

(sung)
I admit that, in the past, I’ve been a nasty
They weren’t kidding when they called me, well, a witch
But you’ll find that nowadays
I’ve mended all my ways
Repented, seen the light, and made a switch

(sung)
And I, fortunately, know a little magic
It’s a talent that I always have possessed
And here lately, please don’t laugh
I use it on behalf of the miserable, lonely, and depressed

Now, it’s happened once or twice
Someone couldn’t pay the price
And I’m afraid I had to rake ’em ‘cross the coals
Yes, I’ve had the odd complaint
But on the whole, I’ve been a saint
To those poor unfortunate souls

(spoken)
Now, here’s the deal: I will make you a potion that will turn you into a human for three days. Got that? Three days. Now listen, this is important: before the sun sets on the third day, you’ve got to get ol’ princey to fall in love with you, that is, he’s got to kiss you; not just any kiss, this kiss of True Love. If he does kiss you before the sun sets on the third day, you’ll remain human permanently! But, if he doesn’t, you turn back into a mermaid and… you belong to me!

[Flotsam and Jetsam the eels gag Sebastian, muffling his cries.]

[URSULA, spoken]
Have we got a deal?

[ARIEL, spoken]
If I become human, I’ll never be with my father or sisters again.

[URSULA, spoken]
That’s right! But, you’ll have, your man. Life’s full of tough choices, isn’t it? Oh! And there is, one…more…thing! We haven’t discussed the subject of payment

[ARIEL, spoken]
But I don’t have any—

[URSULA, spoken]
I’m not asking much. Just a token, really, a trifle. You’ll never even miss it. What I want from you is… your voice

[ARIEL, spoken]
But without my voice, how can I—

[URSULA, spoken]
You’ll have your looks! Your pretty face! And don’t underestimate the importance of body language, ha!

(sung)
The men up there don’t like a lot of blabber
They think a girl who gossips is a bore
Yes, on land it’s much preferred
For ladies not to say a word
And after all, dear, what is idle prattle for?
Come on, they’re not all that impressed with conversation
True gentlemen avoid it when they can
But they dote and swoon and fawn
On a lady who’s withdrawn
It’s she who holds her tongue who gets a man

Come on, you poor unfortunate soul
Go ahead, make your choice!
I’m a very busy woman
And I haven’t got all day
It won’t cost much
Just your voice!

[KING TRITON]
Give Ariel back to me!

[URSULA]
Not on your life!

It so happens that your daughter signed a contract

[URSULA]
Even drew a little heart above the “i”
Is it binding? Goodness, yes!
Unbreakable, unless…

[URSULA]
There is a little somethin’ we could try

[URSULA]
Yes…
Perhaps we can arrange a sort of tradeoff

[URSULA]
Maybe swap your daughter’s soul for, say, your own
Sing the scroll and set her free
Or else she comes with me
To suffer through eternity alone…

The mute little hatchling, drowning in her own sorrow, with no voice left to cry out your name… Well? I’m waiting.

[KING TRITON]
It’s not my soul you’re after-it’s my power.

[URSULA]
Which would you rather be?
The King of the Sea… or a father to his little girl? Finally! The oceans belong to me!

And now you poor unfortunate soul!
Time’s up! You’re through!

Now the power of Poseidon
Has been once again made whole
All the magic of the trident
And the shell in my control!

And now dark shall reign forever
Over ocean, sea and shoal!

Now see for yourselves how banishment feels!

“Poor Unfortunate Souls” is sung to Princess Ariel by Ursula the Sea Witch. In a style that combines Broadway theatre with Burlesque, Ursula uses the song to seduce Ariel into trading her voice for the chance to temporarily become human.

Howard Ashman recorded a version of the song with himself in the role of Ursula, to send to Carroll to convince her to take the role, which it did. Carroll admits that she borrowed some of the inflections she used in the song from Ashman’s performance and that he had been delighted she had done so.

The Music Behind the Magic”Poor Unfortunate Souls” is also noteworthy for Ursula’s incantation at the end of the song actually being sung, rather than merely recited. Accompanied by Gothic organ music, the spell features words somewhat twisted from normal everyday words, only strung together extremely quickly.

No less than four versions of a reprise have been written and produced for Ursula to sing in various incarnations of the Disney story. A short reprise of this song is featured later in the original Disney movie being sung by Vanessa. This reprise is sometimes referred to as “Vanessa’s Song”. Two versions of a full reprise of “Poor Unfortunate Souls” were written for the Broadway adaptation. A completely new reprise was featured in The Little Mermaid Live! show produced in November of 2019 by Queen Latifah.

Be sure and also check out Fathoms Below lyrics and all your other favorite The Little Mermaid songs. 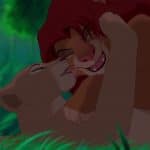 Can You Feel The Love Tonight Lyrics

Can You Feel The Love Tonight Lyrics 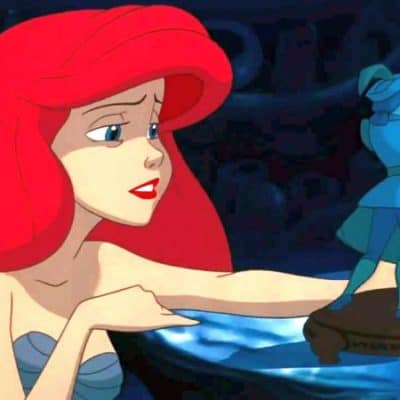