“Human Again” is a deleted song from Beauty And The Beast that was restored in both the 2002 Special Edition released in IMAX theaters and the 2002 Special Platinum Edition DVD (both included on the 2010 Diamond edition Blu-ray) and the 2016 25th Anniversary Edition Blu-ray. The song was composed and the lyrics were written by Alan Menken and Howard Ashman respectively. It was mainly performed by Lumiere (Jerome Robbins), Cogsworth (Dave Ogden Stiers), Mrs. Potts (Angela Lansbury), and the Wardrobe (Jo Anne Worley).

Replaced during the production of the original 1991 version of the film by “Something There”, “Human Again”, with music by Alan Menken and lyrics by Howard Ashman, was revised by Menken and new lyricist Tim Rice for the 1994 stage musical adaptation of Beauty and the Beast.

It premiered as part of the Beauty & the Beast stage musical. It features the enchanted objects cleaning the castle in preparation for the iconic ballroom scene where all assume that Belle and Beast will confess their love for one another. The song also expands the role of the Wardrobe giving her a small solo. Neither Belle nor the Beast sing in the song. They are briefly seen between scenes, where Belle and Beast are seen reading Romeo & Juliet in the film and King Arthur in the musical. It takes place between “Something There” and “Beauty And The Beast” in the film version.

A newly produced sequence featuring “Human Again” was added to the 2002 IMAX Special Edition Beauty and the Beast animated film and subsequent DVD, VHS, and Blu-ray home releases. The song is an upbeat waltz, with lyrics sung by several of the enchanted objects/house servants in the castle of the Beast.

They hope now that the Beast and Belle are getting closer to one another, they will fall in love and break the spell on their castle, which will restore all of them to human form. The song is primarily performed by Lumière (Jerry Orbach), Cogsworth (David Ogden Stiers), Mrs. Potts (Angela Lansbury), and The Wardrobe (Jo Anne Worley).

[Mrs. Potts]
Which should cause several husbands alarm

[Wardrobe]
Oh, cherie, won’t it all be top drawer?
I’ll wear lipstick and rouge
And I won’t be so huge
Why, I’ll easily fit through that door

[Cogsworth and Mrs. Potts]
When we’re human again
Only human again
When the world once more starts making sense

[Cogsworth]
I’ll unwind, for a change

[Cogsworth]
Can I help it if I’m t-t-tense?
In a shack by the sea
I’ll sit back sipping tea
Let my early retirement commence

So sweep the dust from the floor
Let’s let some light in the room
I can feel, I can tell
Someone might break the spell
Any day now

[Dusters]
Open the shutters
And let in some air

[Mrs. Potts]
Put these here
And put those over there

We’ll be floating again
We’ll be gliding again
Stepping, striding, as fine as you please

Like a real human does
I’ll be all that I was
On that glorious morn
When we’re finally reborn
And we’re all human again!

Are You A Fan Of “Human Again”?

If you are a fan of the Human Again lyrics be sure and check out the lyrics from Be Our Guest and other Beauty and the Beast songs. 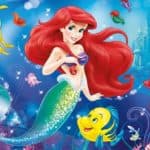 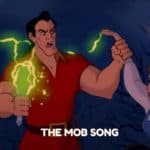 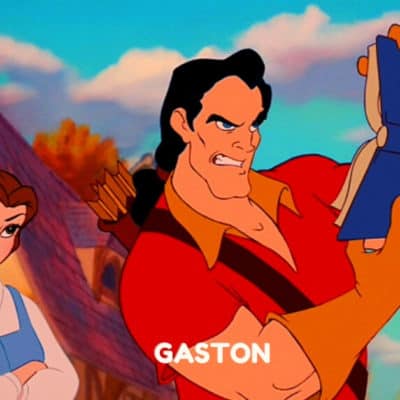 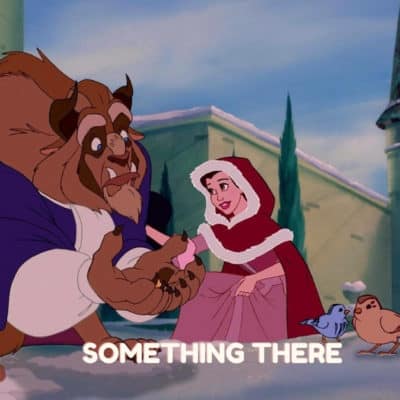 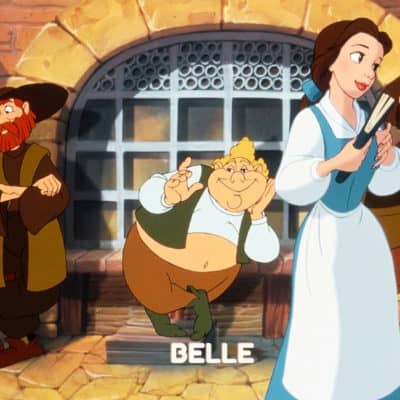 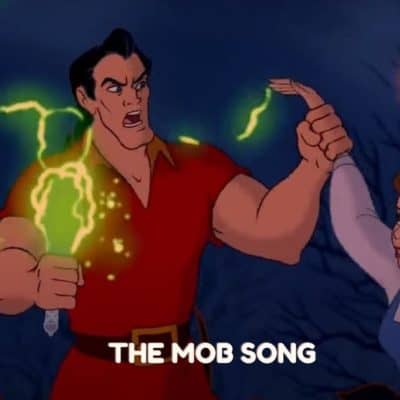